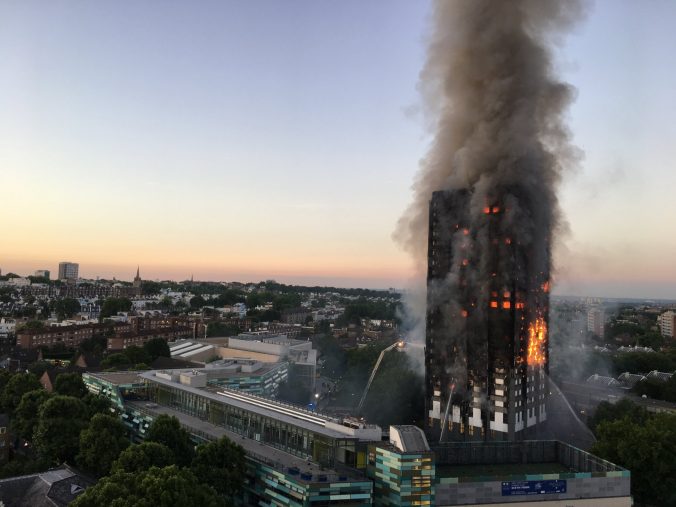 In this post, we discussed how financial markets react to corporate behavior in the case of Arconic, the company providing the cladding material for Grenfell Tower. Recall that we found no significant impact on stock returns or CDS around the disaster. We promised to repeat the analysis for the investor lawsuit filed against Arconic on July 13, 2017.

The lawsuit was filed by investor Michael Brave. He claimed that Arconic provided insufficient disclosure re. the cladding material, thus deceiving shareholders. The intention of the suit was to obtain compensation for every investor holding Arconic shares between February 28 and June 26, 2017.

To make our analysis comparable to the earlier one, we use again a regression discontinuity (RD). This allows us to detect a jump in our dependent variables around a specific cutoff date. We now take July 13, 2017 as our cutoff date. Figure 1 displays the RD results. CDS spread changes and stock returns are on the y-axis, calendar time is on the x-axis. The vertical line indicates July 13. 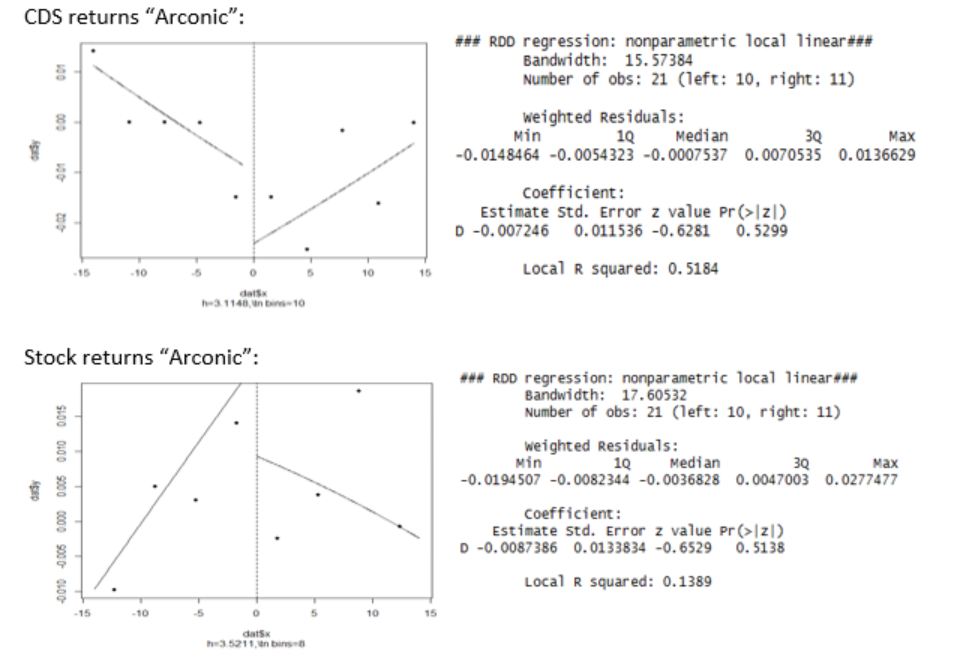 However, the differences are not statistically significant. The p-value of 0.5299 for CDS (upper right panel of Figure 1) and 0.5138 for stocks do not allow us to reject the null hypothesis that the values are the same before and after the cutoff.

Withdrawing the lawsuit is good news

Let us now look at CDS spreads and stock returns on August 15 when Brave withdrew the lawsuit. Figure 2 gives the RD results for this new cutoff date. 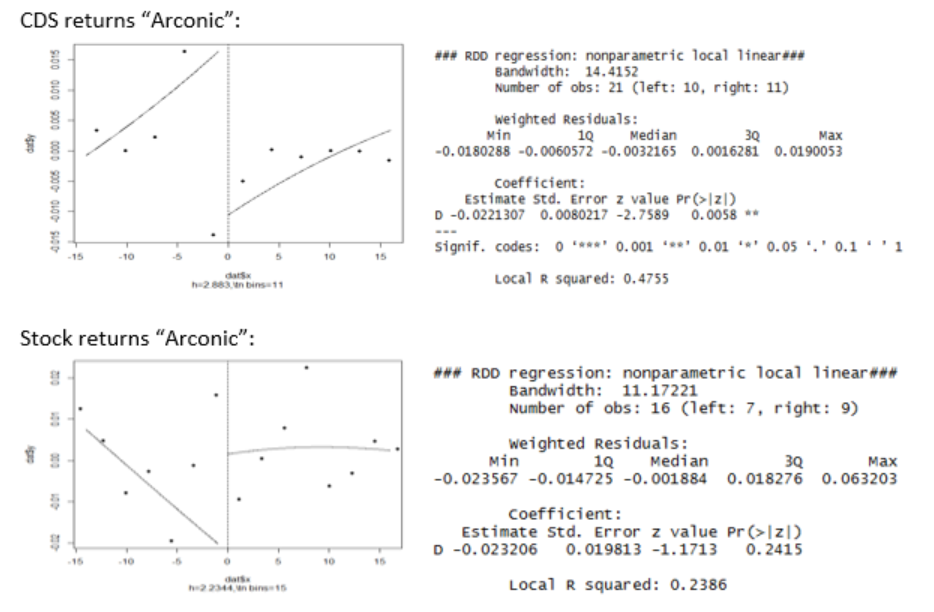 In a nutshell: The lawsuit’s filing did not affect financial markets. In contrast, financial markets reacted to the withdrawal. We could repeat this analysis again in 2018: another lawsuit against Arconic was announced on August 22, 2017…