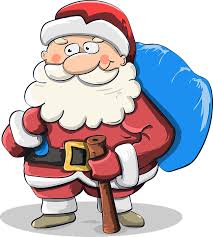 As we approach the holidays, stock market reports increasingly contain the terms “Santa Claus rally” or “end of year rally”. Both expressions refer to the same effect. Supposedly, stock returns during the last trading days of the year exceed those during the rest of the year. Is this fact or fiction?

The Empirical Evidence for Germany

What are potential explanations for such a rally? One explanation is investor sentiment. Also, firms usually avoid announcing bad news during the holiday season, and financial reports are forthcoming in the new year. In Figure 1, we let the data speak for itself. We present average daily returns during the Christmas period and during the remaining trading days of the year in Germany.

Figure 1 shows that the evidence for the Santa Claus rally is mixed at best. If anything, average returns are lower during the 2011 to 2017 period. Of course, seven observations are not enough evidence. So, what does the literature say?

Empirical Evidence across the World

Nippani, Washer and Johnson systematically explore the Santa Claus rally in their 2015 Journal of Financial Planning paper: “Yes, Virginia, There is a Santa Claus Rally: Statistical Evidence Supports Higher Returns Globally”. The authors consider stock market indices from 16 countries with observation windows from 17 years to 64 years. In contrast to Figure 1, Nippani and coauthors find significantly higher average daily returns during Christmas. Even for Germany, average market returns are roughly 30 bps higher during Christmas. Also, daily returns are positive more often during this period (e.g., 60.1% probability of a positive return during the Christmas period compared to 53.1% in the remaining year in Germany).

Is It All about Risk?

Higher returns during the holiday season may simply be due to higher risk during this period. Empirically, however, risk is actually lower: returns show lower volatility, smaller skewness and less kurtosis. Hence, we can exclude risk as an explanation for higher average returns.