In today’s Fact&Figure, we consider the spread between Germany and France. 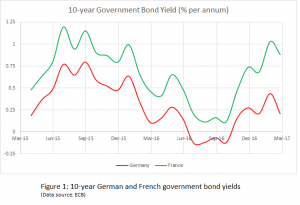 Figure 1 displays the yields for German (red) and French (green) 10-year government bonds since the beginning of the PSPP in March 2015. 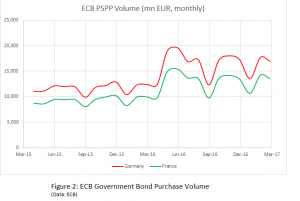 Now, is the ECB using purchase volume to drive up the spread of French over German bonds? In general, interest rates decrease if the ECB purchases more: higher demand pressure increases bond prices, and decreases yields. Hence, the ECB could drive up the French-German spread by purchasing relatively more German bonds. 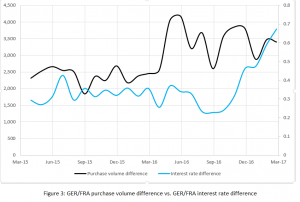