We supervised a thesis this semester on the impact of central clearing on market liquidity for credit default swaps (CDS). In this post, we want to share the main results.

The net effect of central clearing?

As discussed in this post, central clearing counterparties (CCPs) can increase market liquidity because they reduce counterparty risk. Of course, there is a price for this: CCPs impose clearing fees, and require investors to post collateral. Dealers (who offer their clients access to the CCPs) are likely to pass on these costs via higher bid-ask spreads. Empirically, the net effect is unclear: are lower counterparty risk or higher order procecessing costs more important? Hence the thesis: the student examined empirically the net effect of central clearing on CDS market liquidity.

The empirical analysis was set up as a simple Ordinary Least Squares regression. There, the dependent variable is CDS liquidity. The student measured this via the bid-ask spread relative to the mid spread. The main explanatory variable is an indicator variable that switches from 0 to 1 when a CDS contract becomes eligible for central clearing.

To identify the effect as cleanly as possible, the student added time- and contract-fixed effects as additional explanatory variables. Time-fixed effects filter out systematic effects which affect all contracts and vary over time (such as macroeconomic conditions). Contract-specific fixed effects filter out differences between contracts which are stable over time (such as average higher default risk). In addition, the student used a number of time-varying, contract-specific control variables:

The impact of central clearing on CDS market liquidity

We display the regression results in Table 1. 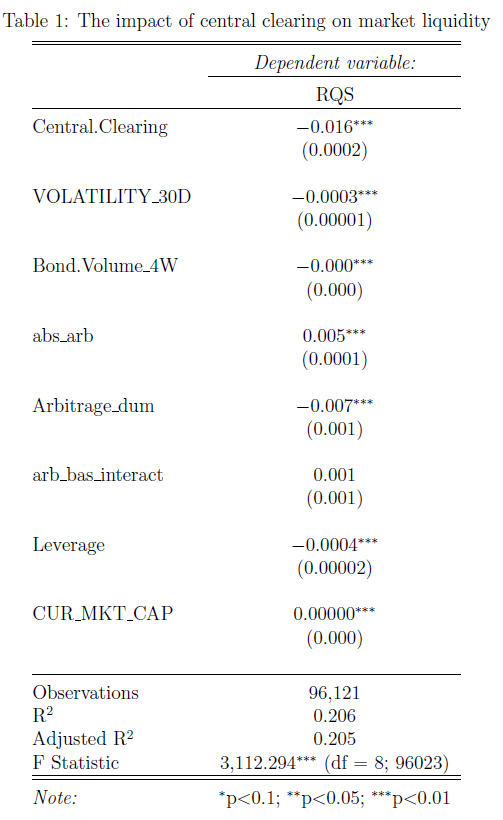 Table 1: Results of the fixed-effects regression of CDS market liquidity on the clearing dummy

Doesn’t seem substantial? Well, if you consider the standard notional volume of 20 mn € and contract maturity of 5 years, it means that you save 8,000 € – on every single transaction. Other authors (Loon/Zhong 2016) obtain a similar magnitude using a different methodology.

Overall, the thesis gives evidence for an improvement in liquidity via central clearing. An open question, which we will address in future posts, is which economic channel causes the increase in market liquidity.